Unlike Godfrey St. Peter, Dr. Randy Florell, a neurosurgeon, did not wake up when gas overtook his upper room in March of 1999. A week and a half before that night I had left a simple message on his answering machine. I invited my uncle to my upcoming undergraduate commencement as thanks for his financial contribution to my studies, and more importantly the academic example he provided me to follow. I did not really think he would attend because he was a busy individual two states away, but I thought he should understand my appreciation anyway. A day after I offered the invitation, I left for a Spring Break trip to California and I never heard his response. I really hope he got the message. A little over five years later, the other person I felt a similar academic reverence for also passed on.

At my uncle's funeral, patients who received the gift of life saving surgery from his hands expressed gratitude to my grandparents for raising such a wonderful son. I had never seen anything like that before. Now I have also witnessed and read such gratitude for Dr. Sue Rosowski, as many have shared their memories of someone who inspired gifts of knowledge for many brains, and offered gifts of friendship to so many hearts.

Dr. Rosowski's mentoring still surrounds us, and her example continues to contribute to scholarly research, as well as teaching. While one can read virtually anything recent on Cather and notice her influence, one can also pick up a copy of Western American Literature for example, and read her essay on Wister's The Virginian. In teaching, one can strive to achieve the same donation of individual attention she gave her students, even when her appointment book was full of tasks (which it usually was). One can try to emulate how she never scoffed at any idea a student formed because she knew it was a step in the process of reaching acute judgments. I know that after my ideas, she would say they were "wonderful," then she would immediately lead me to a higher level of critical thinking. 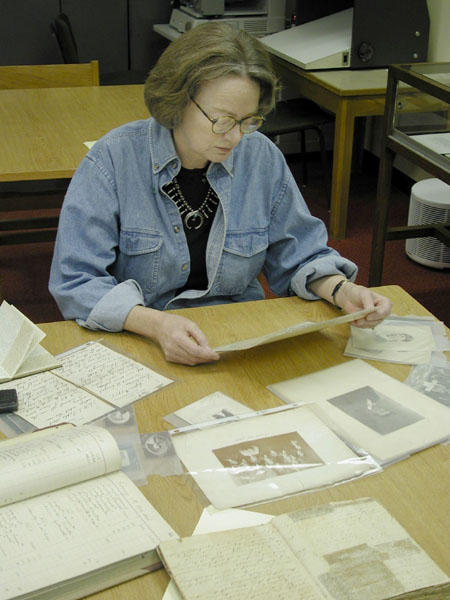 "after my ideas, she would say they were 'wonderful,' then she would immediately lead me to a higher level of critical thinking"

The first time I taught a Cather novel (My Ántonia) I met with her and wondered if she were teaching the novel, what would be the main idea she would want to get across to students. "Oh, what a wonderful question," she said before she paused. Then with conviction that must have derived from a life of gift giving, she answered, "Let them know it's their story."

Not only did I have several Nebraskan students in this class, but there was also one from Red Cloud. From this student's response to Cather's novel, I received a small glance into how Dr. Rosowski must have felt hundreds of times when someone she instructed reached an improved sense of self. About Red Cloud, the student wrote, "I cannot imagine living there once I graduate, but I hate the thought of moving away and not coming back for twenty years like Jim does." The student also indicated, "I have come to further appreciate where I grew up, and I always want it to be part of my life. Seeing those monuments with the ploughs that sit two miles out of Red Cloud in every direction will always help me to remember that." I wrote on the student's page that her response was about as good a lesson someone can take from a novel, yet I forgot to preface my comment with a "wonderful."

My first publication was co-writing my uncle's obituary for a newspaper, and my perseverance to earn a Ph.D. stems largely from his example. When I finish writing my dissertation, I will dedicate it in memory of Dr. Florell and Dr. Rosowski. Whenever I lead classroom discussions, write responses to drafts and ideas, or visit with students, I hope to offer a small portion of the knowledge, dedication and genuine care that Dr. Rosowski offered to so many. One thought I consoled myself with after my uncle's funeral was that even though he died much sooner than anyone anticipated; he accomplished more than most ever could. Years later, Dr. Rosowski's memorial service reminded me why it is not when, how, or where we die that establishes our legacy, but the number of times we help others live fuller lives.