Memories from the Cather International Seminar

From May 28-June 2, 2003, one hundred and fifty people convened in Bread Loaf, Vermont, for the ninth International Cather Seminar, "Willa Cather as Cultural Icon." Bread Loaf, the oldest writer's conference in America, is part of Middlebury College; and Cather, who taught at Bread Loaf in July of 1922, was among a group of writers who suggested that the campus be used for an annual writers' conference.

Robert Pinsky, Poet Laureate of the United States (1997-2000) and contributor to The NewsHour with Jim Lehrer, gave the keynote address. He presented thoughts reflecting on his book-length poem, An Explanation of America (1980), and its echoes of Cather's phrase "obliterating strangeness."

During the five-day stay, seminarians presented papers, attended performances (including a program on late nineteenth century visiting opera companies by Ariel Bybee and James Ford), engaged in conversations, and worked, while being steeped in the history of Bread Loaf. In the end, a rich body of material was produced: see, for example, "North by Northwest," a collection of sixteen self-guided tours edited by Sherrill Harbison available on the Cather Archive http://cather.unl.edu/resources/tours and watch for the publication of Willa Cather as Cultural Icon by the University of Nebraska Press.

The seminar was jointly sponsored by University of Nebraska-Lincoln's Cather Project and the WCPM, with Sue Rosowski serving as its director, Beth Burke as its program coordinator, and Betty Kort, Director of the WCPM, as director of the bookstore. The next Cather Seminar will be in Red Cloud and Lincoln, Nebraska, in June 2005, with the theme "Violence, the Arts, and Cather." 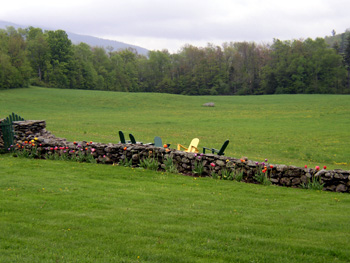 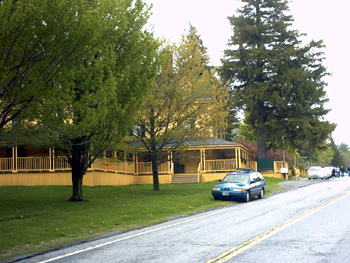 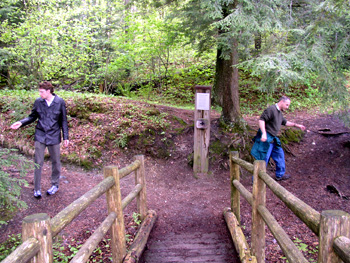 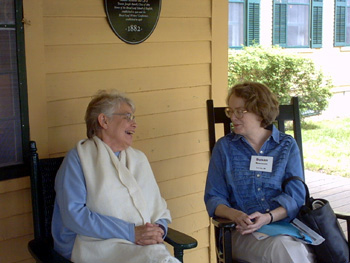 Sharon Hoover and Susan Rosowski share a quiet moment on the Inn's porch. 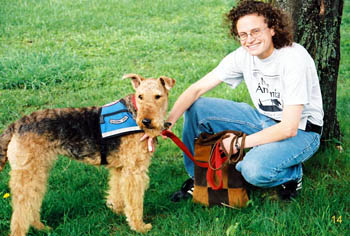 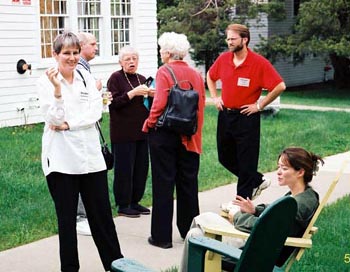 Marilee Lindemann and other seminar participants enjoy the cool summer weather outside the Little Theatre. 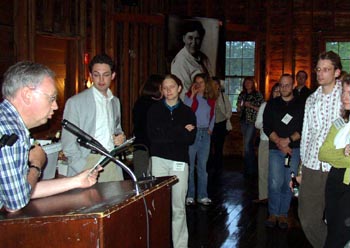 Steve Shively hosts the Graduate Student Reception in the Barn;
the event was sponsored by Teaching Cather, Northwest Missouri State University, and the Cather Colloquium.