The Origin of Thanksgiving.

IT IS often the things with which we are most familiar that we know least about. Familiarity seems to dull the edge of our curiosity. While Thanksgiving day is, after the Fourth of July, the most characteristic and most patriotic of all American gala days, its origin is seldom referred to and its originator is left in almost total obscurity. We have come to regard this great feast day of ours as a thing that came about because of a general sentiment and through a general consent. But the general plays a very minor part in this world; everything that is worth while is done individually.

The feast days of Europe were most of 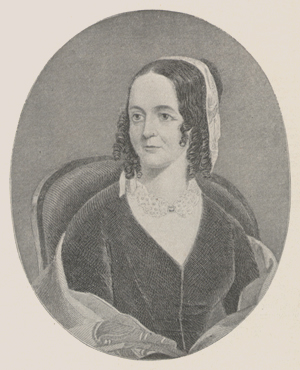 SARAH JOSEPHA HALE. them originated for political purposes by men high in power—popes, cardinals and kings who had only to say the word to bring things to pass. But our great National feast day was originated by a private individual, and a woman at that. Above all her other interests and duties, the establishment of Thanksgiving was Sarah J. Hale's life work. Since this is so it is strange that her name is so unfamiliar to American ears. But such injustice is not rare in history.

There are, however, some facts of the life and work of Mrs. Hale that are still within our reach. Sarah Josepha Buell was born in Newport, New Hampshire, October 24, 1788. She was a "literary woman" when they were much rarer than they are now. In her childhood she was taught by her mother and showed an unusual taste for letters. She read extensively, and at eighteen was thoroughly familiar with all the English poets and had a sound knowledge of history. In 1813 she married David Hale, a lawyer. Nine years later, when her husband died, leaving her a widow with five young children, she took up literature seriously as a means of support. What had before been a pastime became a business.

Her work was soon recognized as meritorious, and in 1828 she was called to Boston to edit a newly established periodical, "The Ladies' Magazine." This magazine she conducted successfully until it was finally absorbed by "Godey's Lady's Book," in 1837. She then became editor of Godey's and made it the most popular home magazine in America.

Beside her editorial duties, Mrs. Hale wrote voluminously on her own account. The most popular of her books being her history of the achievements of her sex, published under the ambitious title, "Woman's Record, or Sketches of all Distinguished Women from the Creation to the Present Day." The most popular, if not the most classic of her literary productions is that oft parodied lyric "Mary's Lamb."

But Mrs. Hale's literary work by no means took up the whole of her life. She was an active woman and had many and various interests. She originated charitable societies, and was one of the prime movers in the higher education of women and the general advancement of her sex.

But the most deeply rooted of all her many projects was the establishment of a national day of Thanksgiving, on which every state should proclaim a holiday to be devoted to prayer and thanksgiving. The difficulties against which the woman labored, and the obstacles which she had to encounter to obtain her end, seem almost incomprehensible. It would seem that such a plan once formulated would spread like wildfire and receive instant recognition. But for twenty years Sarah Hale labored in an apparently vain cause. She not only continually advocated it in her magazine, but carried on an extensive personal correspondence with governors and presidents and made long journeys to interview them. Some of the governors, indeed, did issue the proclamations she desired, but for the most part they were unheeded. The governors declared that they could never agree upon a day convenient to all the states.

At last, after twenty years of fruitless endeavor, Mrs. Hale obtained recognition for her project from that man who seemed empowered by Heaven to recognize all merit, in small things as well as great. She succeeded in getting a personal interview with Abraham Lincoln. The story once in Lincoln's ear, and the thing was done. He saw how precious such a day would become to the American people, how invaluable would be its associations. That man of mighty proclamations first proclaimed "Thanksgiving Day" in 1864. Gradually the governors of all the states fell in line, and the day has become one of the facts of our National existence.