THERE are novelists whose work is themselves. No amount of biography or effort at character interpretation can reveal them so fully as their books.

Willa Sibert Cather is of this type. Miss Cather is a Westerner of the West—it is enough to know that; if we did not know it one would suspect it any way. Coming from Nebraska to Pittsburgh, she left a high school career behind her and took up the tasks of a newspaper woman on the "Leader." Her rapid strides mentally made it possible for her to tackle teaching as a profession, which she did with splendid result. To this period belongs her book of excellent verses, April Foresight , and the collection of still more excellent stories, The Troll Garden.

These last won their author recognition in influential circles and brought her to New York to work on "McClure's." The editorial duties devolving on her while connected with that magazine made creative work impossible, and in 1912 she gave up a salaried position, took a house in Cherry Valley, New York, and began writing in good earnest.

That same year her short but masterly novel, Alexander's Bridge, was published. It showed what Miss Cather might be expected to do, and the expectation was realized in 0 Pioneers! a virile story of the West, and still more so in The Song of the Lark, recently published.

When Miss Cather first began writing she tried to put the Swedish and Bohemian settlers, who had so profoundly influenced her childhood, into short stories. The results never satisfied her. In explaining her feeling Miss Cather says:

"It is always hard to write about the things that are near your heart; from a kind of instinct of self-protection you distort them and disguise them. Those stories were so poor that they discouraged me. I decided that I wouldn't write any more about the country and people for which I had personal feeling.

"Then I had the good fortune to meet Sarah Orne Jewett, who had read all of my early stories and had very clear and definite opinions about them and about where my work fell short. She said, 'Write it as it is; don't try to make it like this or that. You can't do it in anybody else's way—you will have to make a way of your own. If the way happens to be new, don't let that frighten you. Don't try to write the kind of short story that this or that agazine wants—write the truth and let them take it or leave it.'"

Miss Cather has followed this advice, with the result that her Western tales are totally different from those most familiar to us. She has escaped the "wild and woolly" element entirely, and has endowed her tales with a real literary flavor that lifts them up to a plane of artistic achievement not often reached by the writer of conventional Western stories.

The Song of the Larkmarks a new epoch in the career of one who promises to become one of the most brilliant exponents of a certain phase of American life that is far-reaching in its influence. 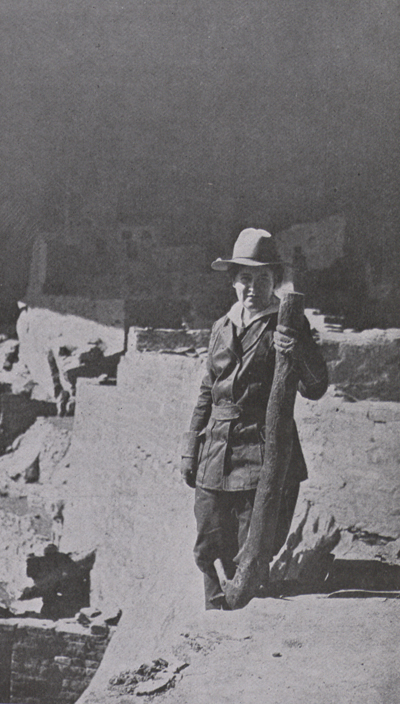